Colloidal SilverSol | *MRET Activated – PAWDEGA Skip to content
SAVE 10% When you sign up for our newsletter
Delivery across all Emirates Minimum Order Amount AED 99
Shipping To USA, Middle east, Europe, & Asia | International Orders are VAT Free | Non-Frozen Items Only

Help fight and prevent infection, relieve skin irritations as well as minor internal infections. Broad-spectrum antimicrobial, some silvers have been shown in vitro to destroy bacteria, both forms of viruses, fungus and many significant diseases.

Colloidal Silver has prophylactic potential in disease prevention and is a potent anti-inflammatory.

Antibiotics can come with side effects, but Colloidal SilverSol does not have any side effects or contra-indications. It does not encourage antibiotic resistance & works synergistically with prescribed antibiotics. 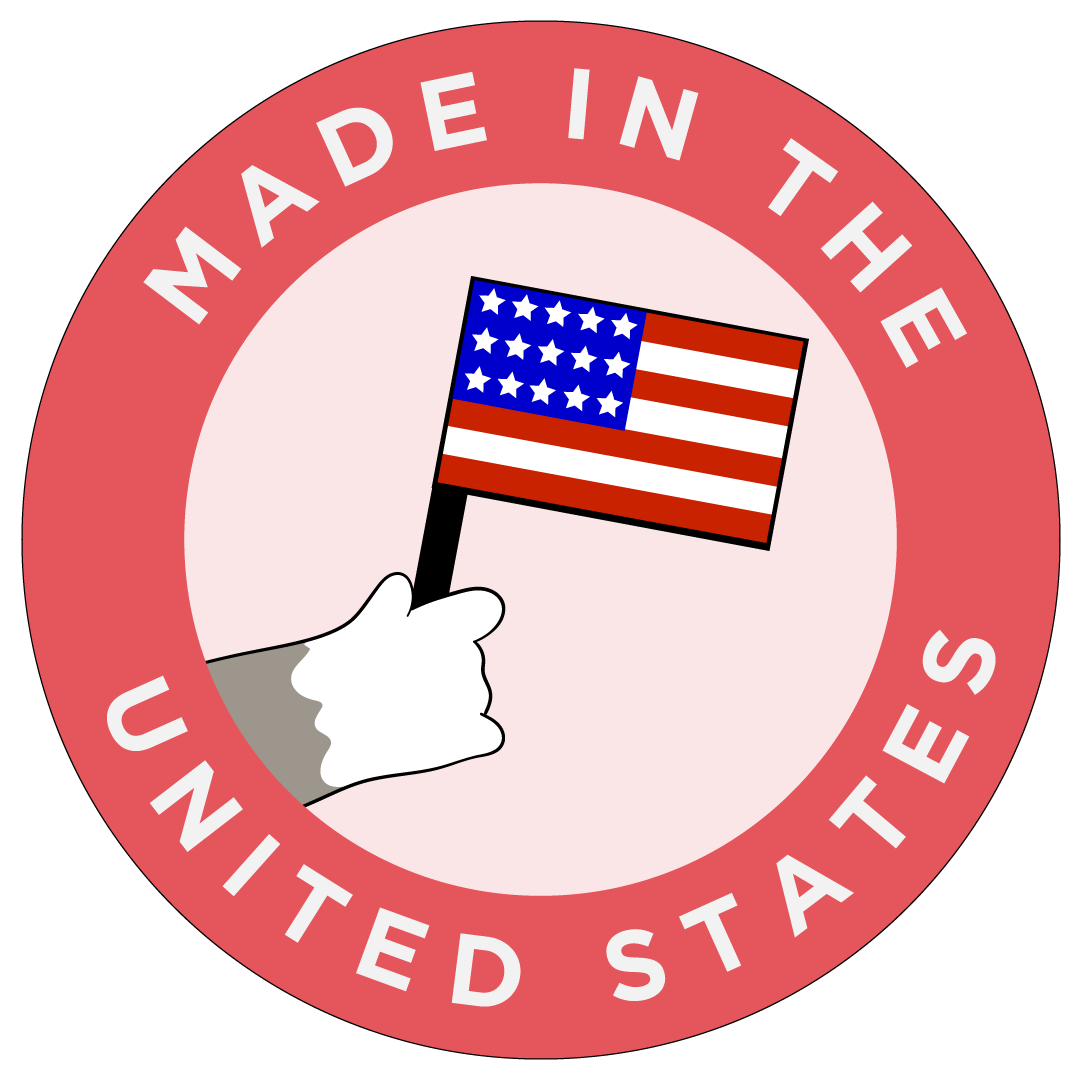 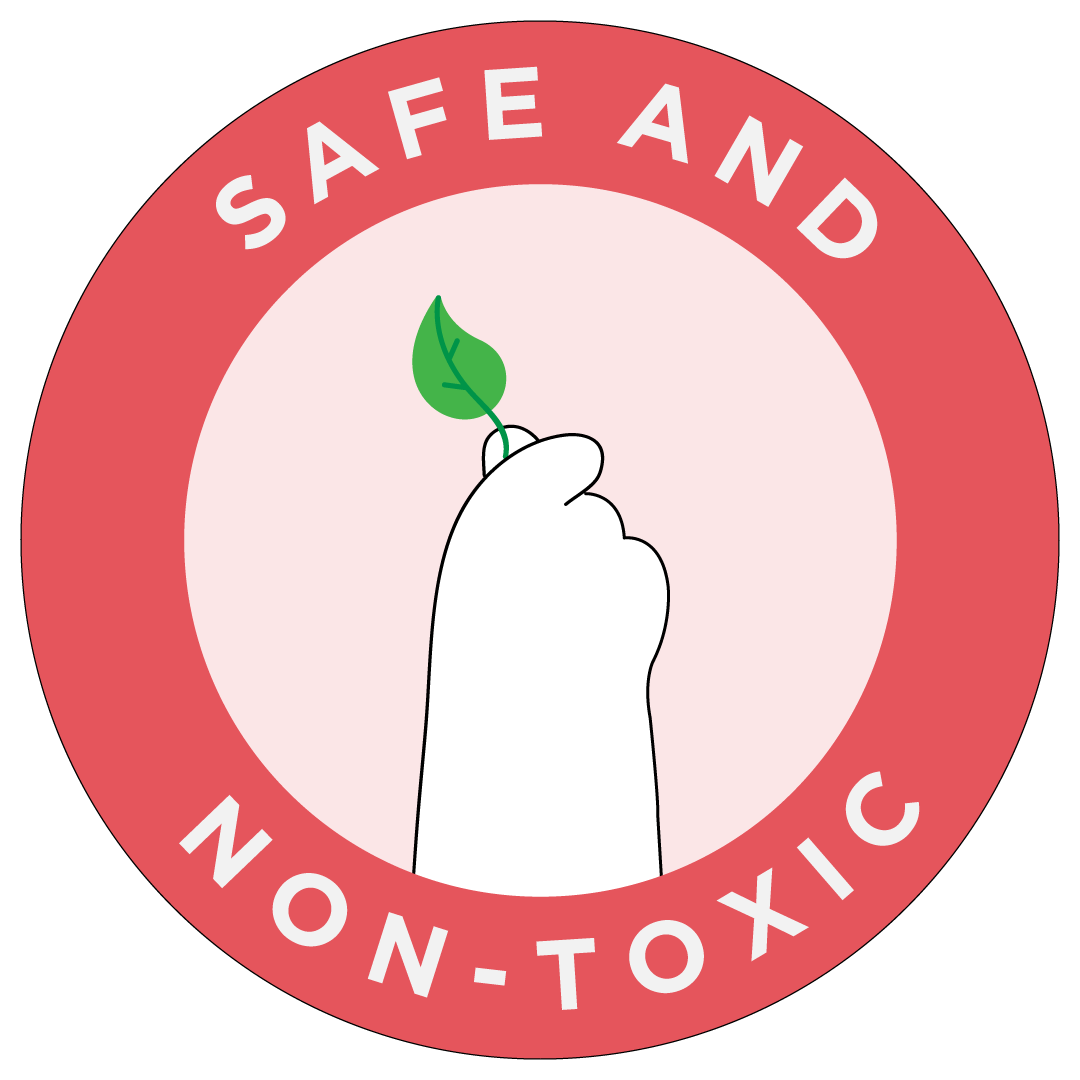 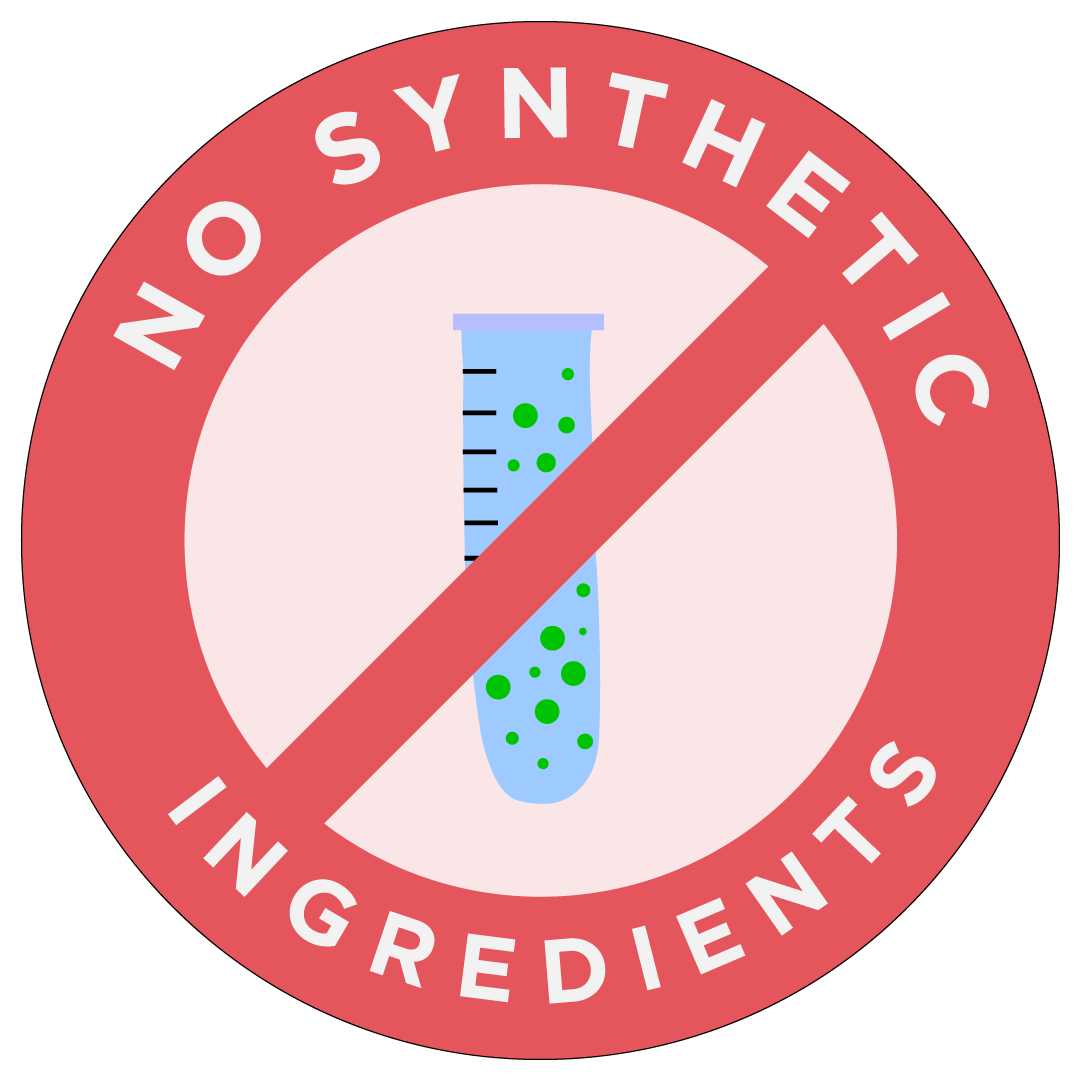 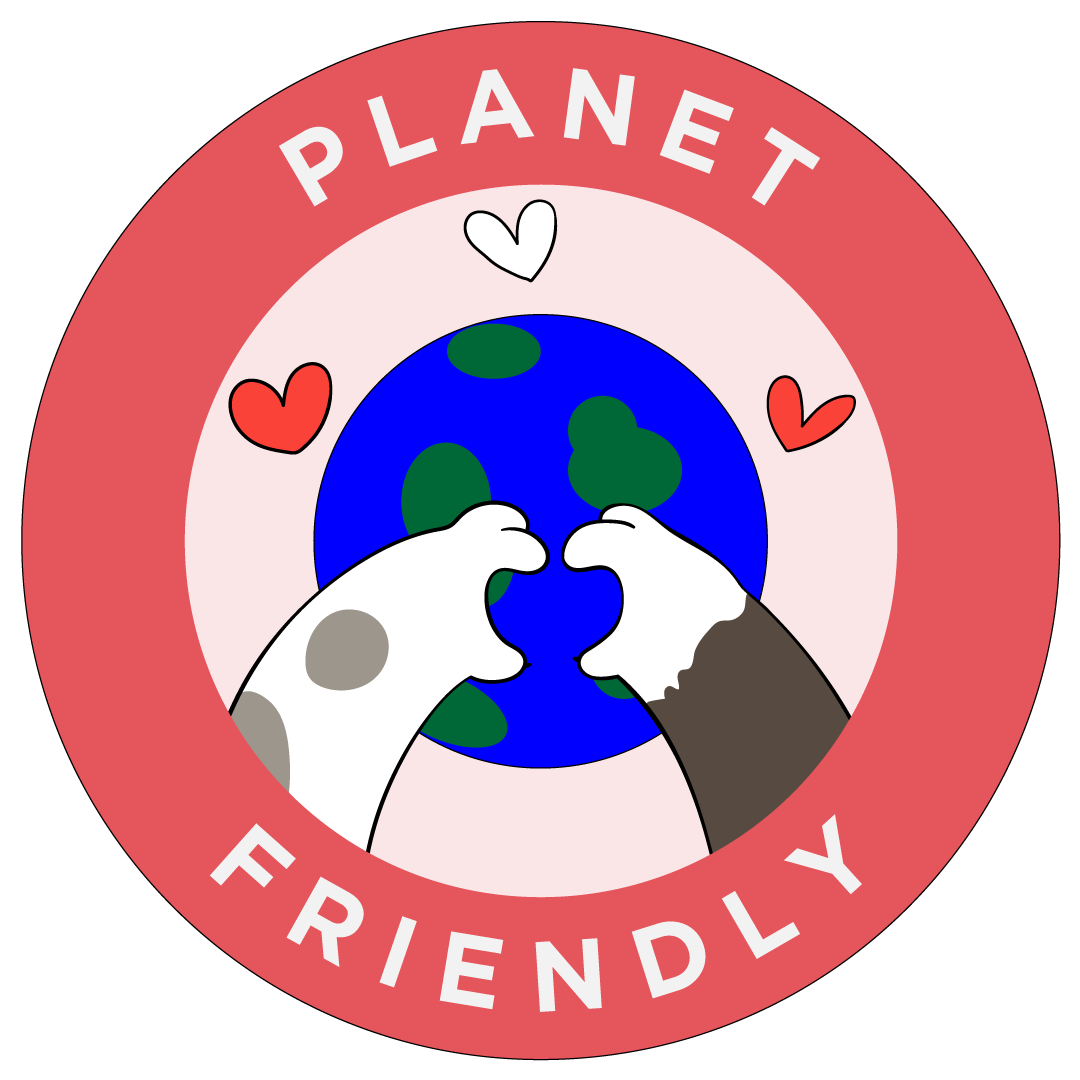 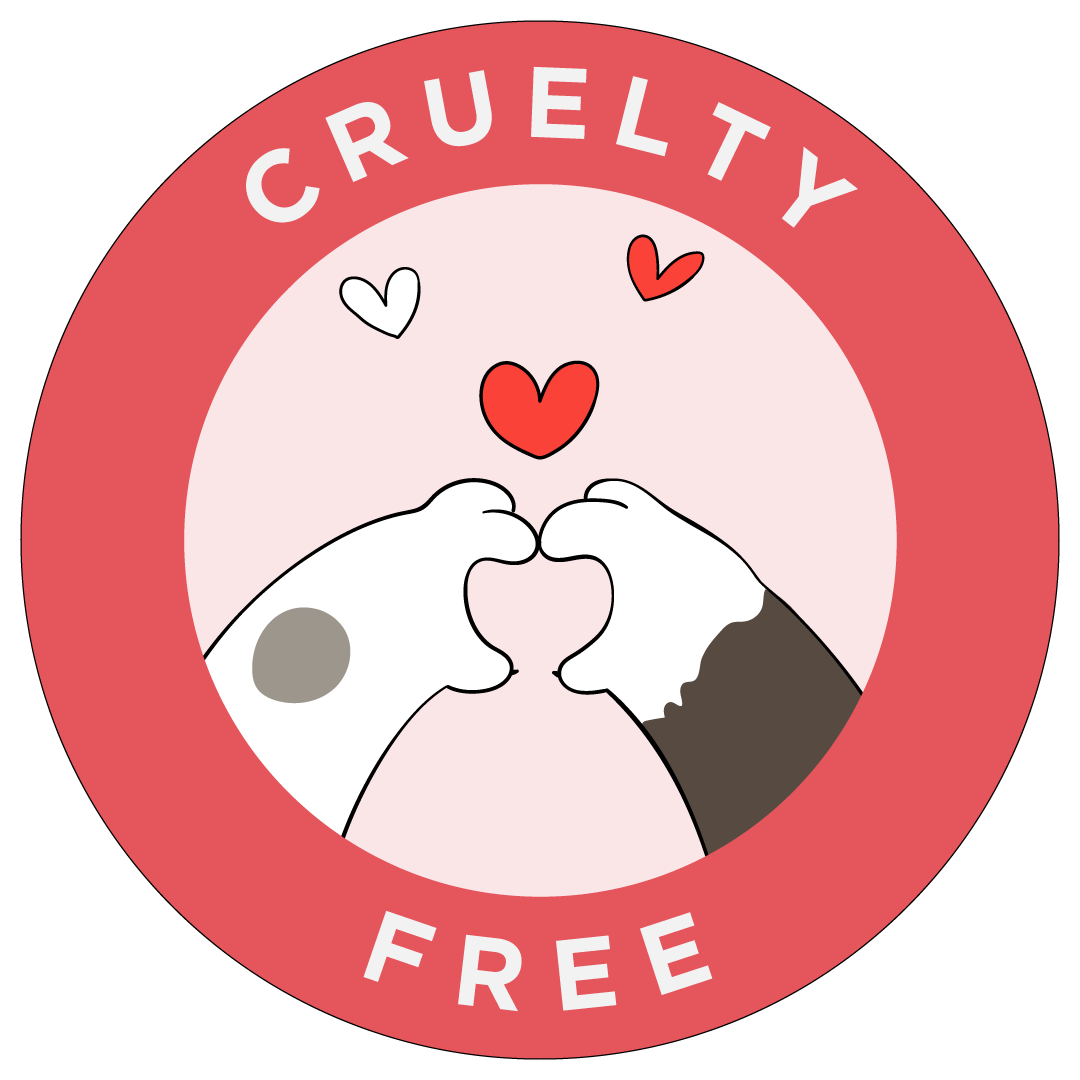 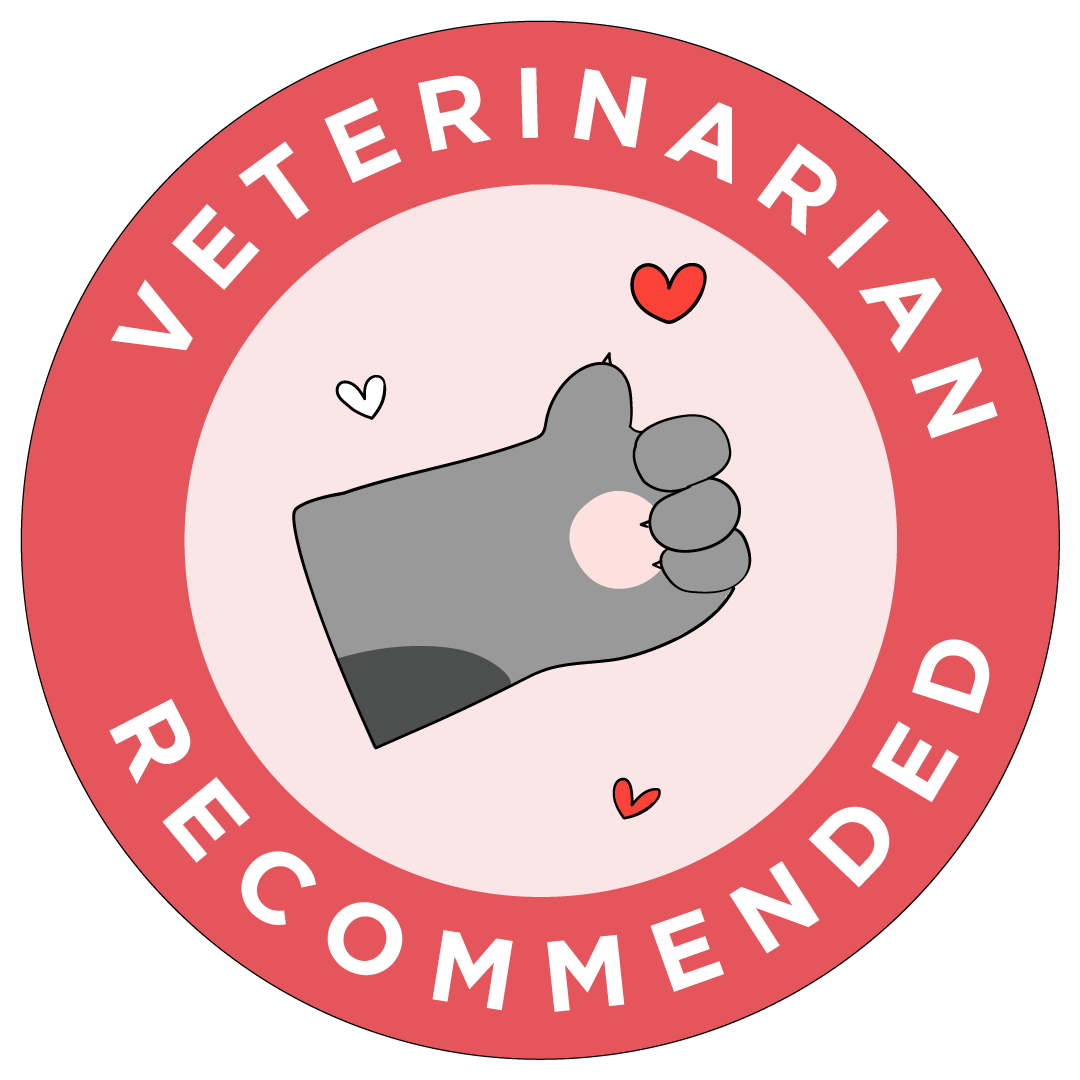 What is colloidal silver?

Colloidal Silver is a purified de-ionized water with silver (Ag) in suspension which has been used for hundreds of years as a medical treatment.

It is made by submerging tiny particles of silver into a solution. Approximately 90% of the silver is in the form of metallic silver nano-particles with the remaining portion being ionic. The microscopic particles are able to penetrate cells and kill pathogens.

The size of silver particles in colloidal silver can be so small they can be referred to as nanoparticles. 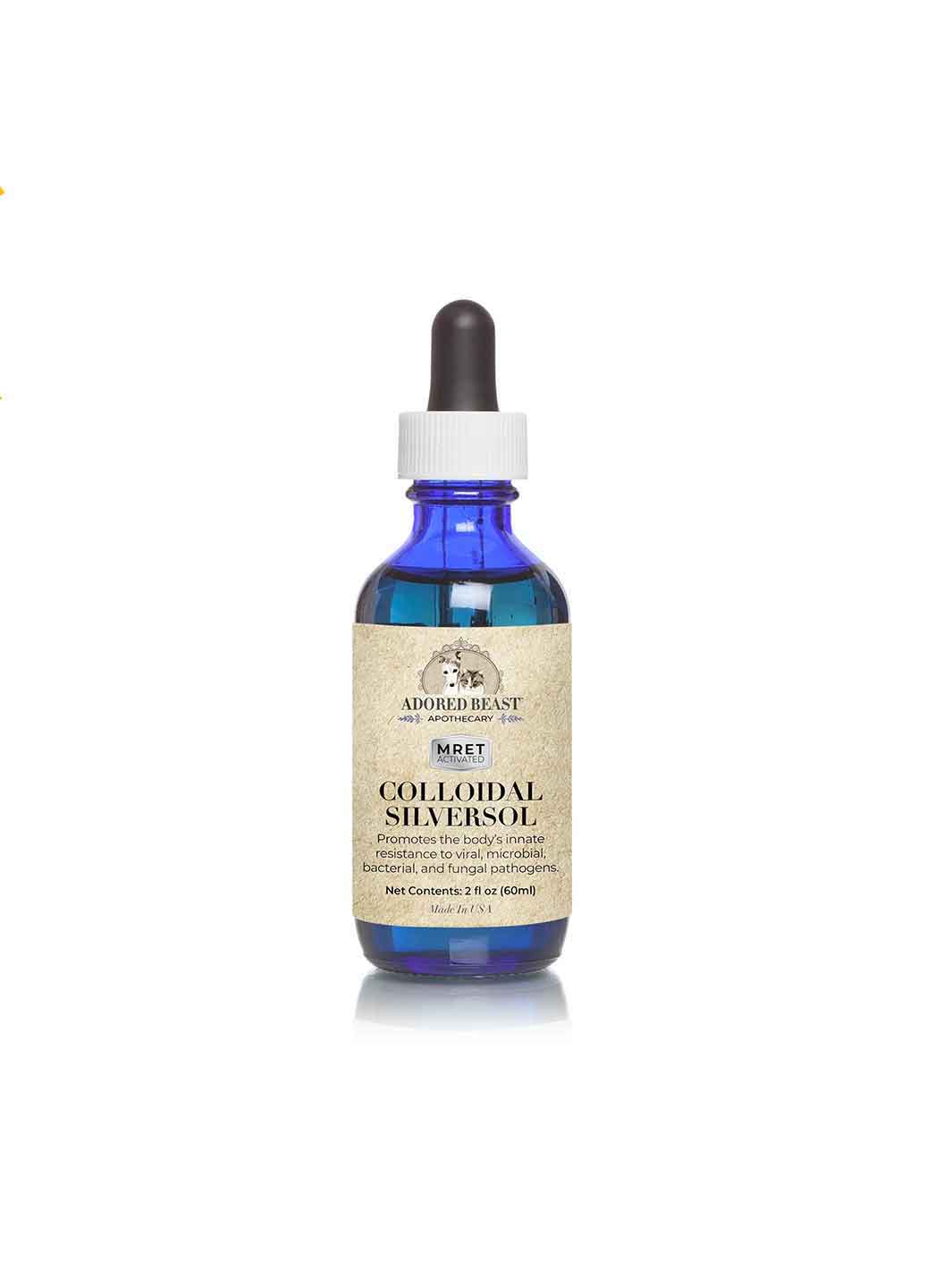 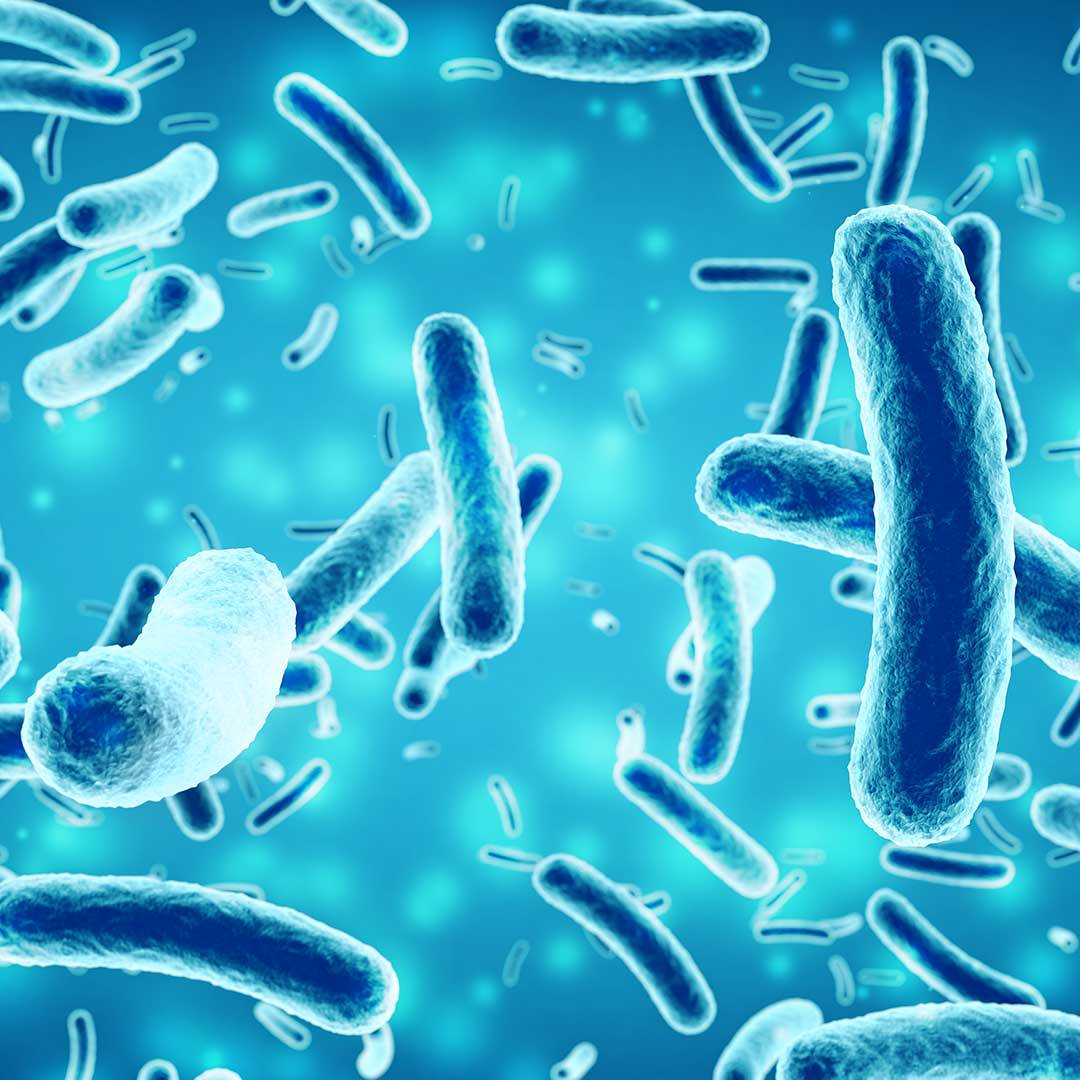 How does it work?

While typical drugs or antibiotics target specific groups of microbes, silver preparations are effective against more than 500 different disease-causing pathogens without leading to drug resistance strains, side effects, or harming beneficial bacteria.

does not effect probiotic flora

Some people think that if Colloidal Silver kills bad bacteria it must kill the good bacteria too. Not at all.

The late Penn State Professor, Dr. Rustum Roy, determined that the frequency generated or associated with colloidal silver was lethal to pathogenic bacteria while harmless to probiotic flora.

how is Colloidal Silversol different from ionic silver and other colloidal silver?

It’s important not to confuse ionic silver with Colloidal Silversol or Colloidal Silver. Although they may sound similar, the effects are much different. Ionic silver has not been found to have any ability to kill pathogens in the body. Ionic silver solutions also raise concern because silver ions are extremely unstable and could lead to a condition known as argyria; an irreversible skin condition where the skin turns blue-grey in color.

A combination of two separate technologies makes Colloidal Silver different from all other colloidal silver.

"For those who are unaware of the rationale behind the inclusion of silver for any significant immune system failure issue, or anti-pathogenic need, consider the benefits. The immune system has a primary function for the survival of the being and thus must respond to immediate survival threats that can end life quickly such as invasion by pathogens. These pathogens, which are omnipresent in our environment, will draw the attention of the immune system and sadly most individuals have diminished immune systems."

"To explain it more clearly: Many existing silvers are ionic (not true nano-particulate silver) and many other colloids have particles that are too large and cannot have enough contact with pathogens, therefore requiring a higher concentration of particles. This size of the particles maximizes the total surface area of the silver exposed in solution amplifying its effectiveness inside the body. This relationship separates the effectiveness of a true colloid because ionic silver becomes silver chloride in the stomach, binding with the chloride of gastric acid. Silver chloride is only slightly soluble and far less effective than metallic or ionic silver as it only acts up to the stomach." ~ Dr. Howard Fisher

WHAT'S NOT IN Adored Beast?

No sweeteners, sugars, or artificial sweeteners. Nothing to spike blood sugar levels.

Every ingredient in Glacier Peak Holistics is 100% pure and natural. There are no fillers.

The ingredients used are all-natural wholefood ingredients, nothing synthetic.

All of the ingredients are sourced from non-GMO sources. No pesticides or herbicides are used. 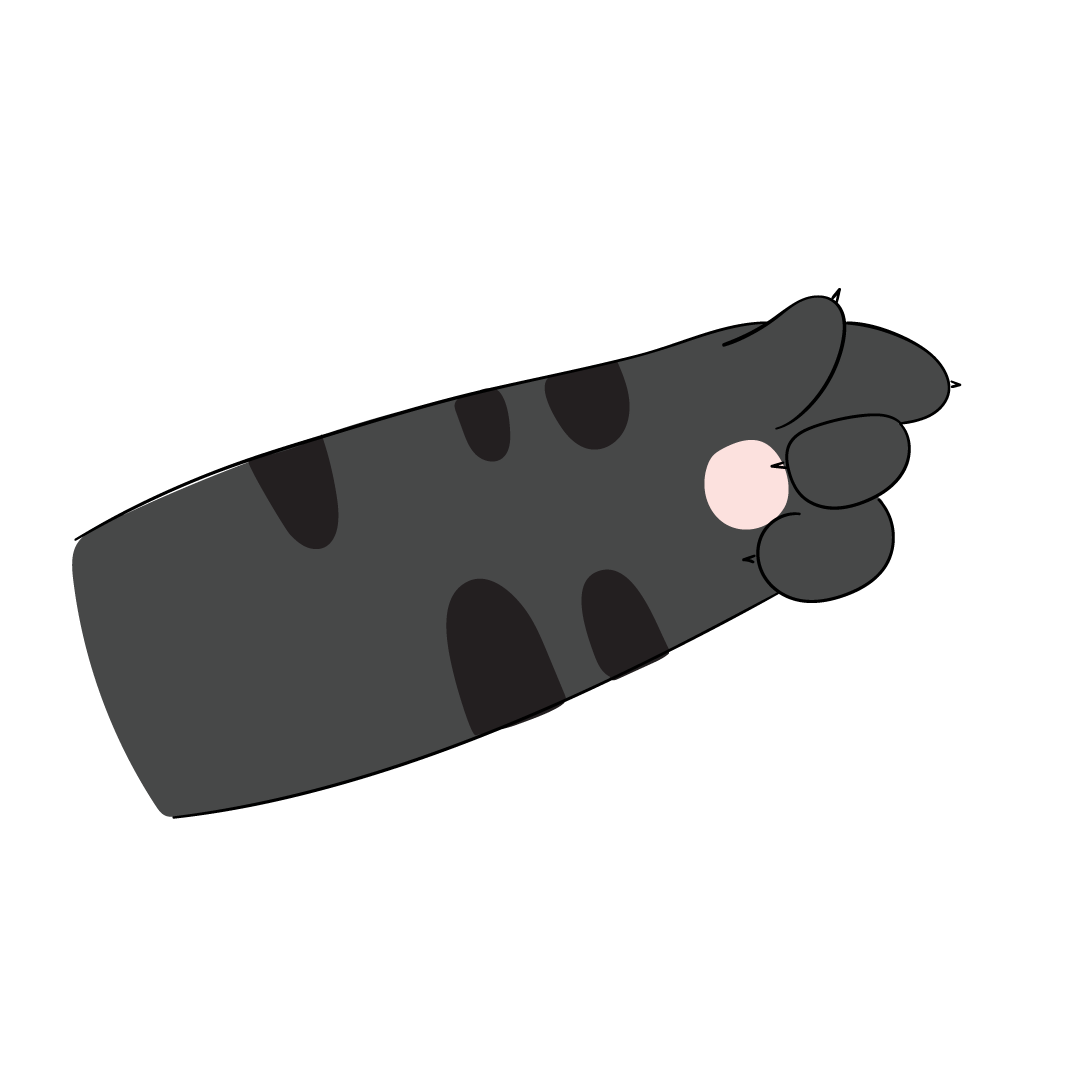 WHEN TO USE colloidal silversol:

how TO USE colloidal silver:

Do not use for an extended period of time.

Store in a cool, dry place, away from heat and light.

Safe use in pregnant animals or animals intended for breeding has not been proven. If animal’s condition worsens or does not improve, discontinue use and consult your veterinarian.

Spray on the affected area 2-3 times per day or as needed.

Try to avoid having your animal lick the topical solution off before it gets a chance to soak in.

IS IT TRUE COLLOIDAL SILVER?

Yes. The silver used in Colloidal Silversol is 99.99% pure silver suspended in deionized water. This is the highest quality silver. True silver colloids don’t have any additives. They’re also the most expensive. True colloidal silver is excreted through urine and less of it gets stored in the body than other silvers. It is NOT ionic or hydrosol silver, nor is it silver protein or silver salt.

WHy use should i use colloidal silversol?

• Use for cuts, scrapes, and burns

• Has potential in disease prevention

How do i store silversol properly?

In order to preserve freshness, keep closed in a cool, dry place, away from heat and light.

What is the shelf life of this formula?

Colloidal silver never really expires, but we recommend using it within 4 years of opening.

Because of the technology used, the structure of our colloidal silver becomes linear, which means it can more easily enter a cell. As a result, the Adored Beast tests show that it is effective at only 5 ppm. It has been created at 10 ppm to account for new and/or different variants of viruses or bacteria.

How is this colloidal silver different?

A combination of two separate technologies makes this silver different.

WHY WE LOVE ADORED BEAST!

Adored Beast is one of our absolute favourite pet health brands for a very good reason!

Many pet parents (including us) accredit Adored Beast with helping their pets overcome health issues that were not responding to conventional treatments as well as restoring true, long-lasting health in their pets.

Adored Beast has made it their mission to find the most natural and gentle, yet incredibly effective solutions to your pets health issues.

Years of clinical experience and research have gone into developing the products. There is hardly any other brand that is as ethical when it comes to sourcing ingredients and formulating products!

We are extremely proud and grateful to be able to offer Adored Beast products to the animals of the UAE! 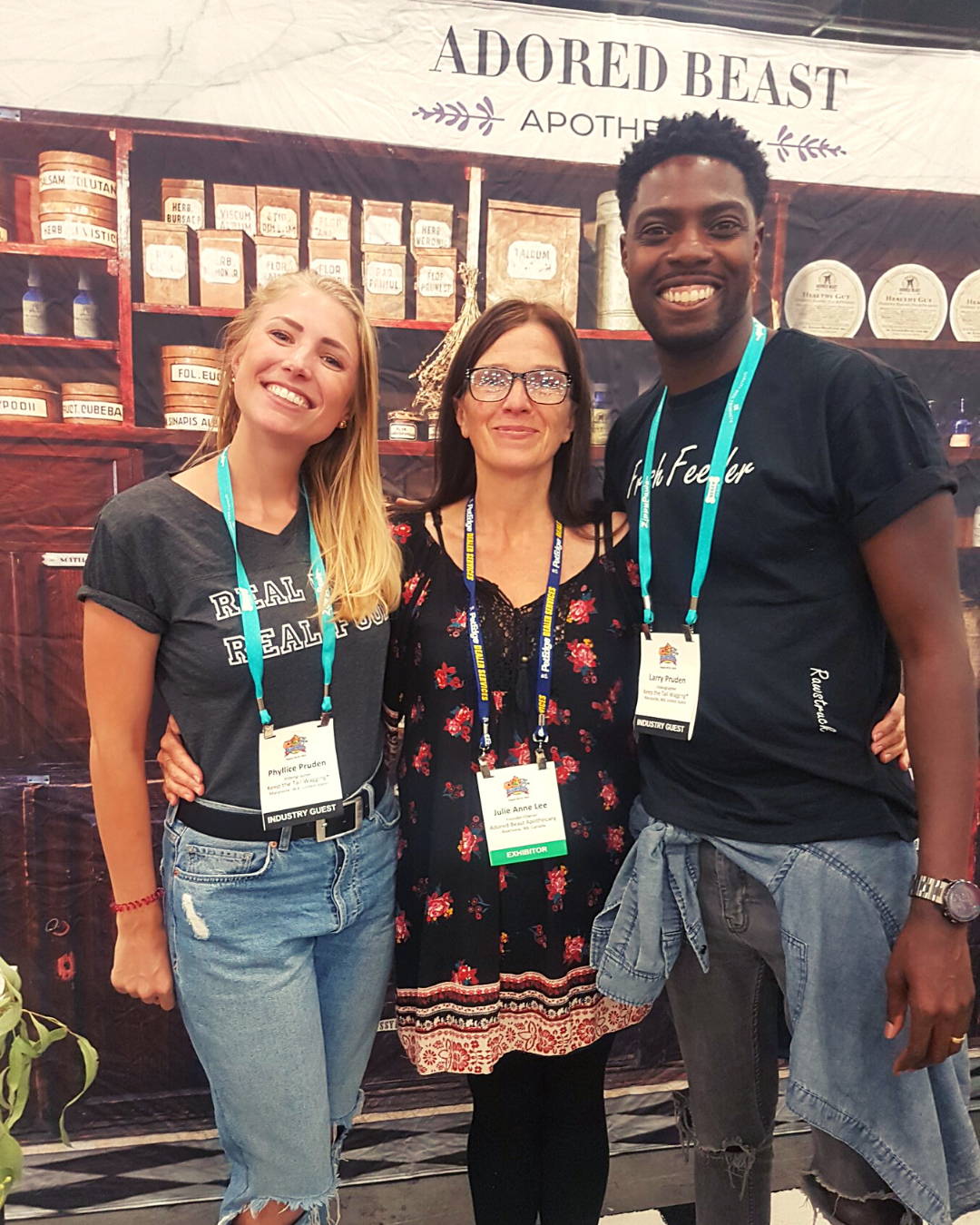 Julie Anne Lee, the founder of Adored Beast has been a pioneer in the holistic pet health space for decades. Since graduating from the Vancouver Academy of Homeopathy in 1997, Julie has studied with some of the most renowned homeopaths worldwide and has run her own strictly holistic veterinary practices in North America.

Julie is an incredible mentor to us and we are incredibly grateful that pets around the world benefit from her determination to help our pets live healthier lives!

We could listen to Julies stories for hours and hours, learning about her journey of becoming a holistic veterinarian and homeopath, being inspired by her stories of changing Canada legislation to create a more natural approach to pet health care.

In 2019 we visited Adored Beast's production facility in Canada and saw with our own eyes how Adored Beast products are made and we were absolutely amazed.

Only the highest quality ingredients and absolutely no fillers are used in Adored Beast products! Everything in the bottle has a specific job to do and is only used to the benefit of your pet! Julies ethics when it comes to the products and who she works with are incredible! 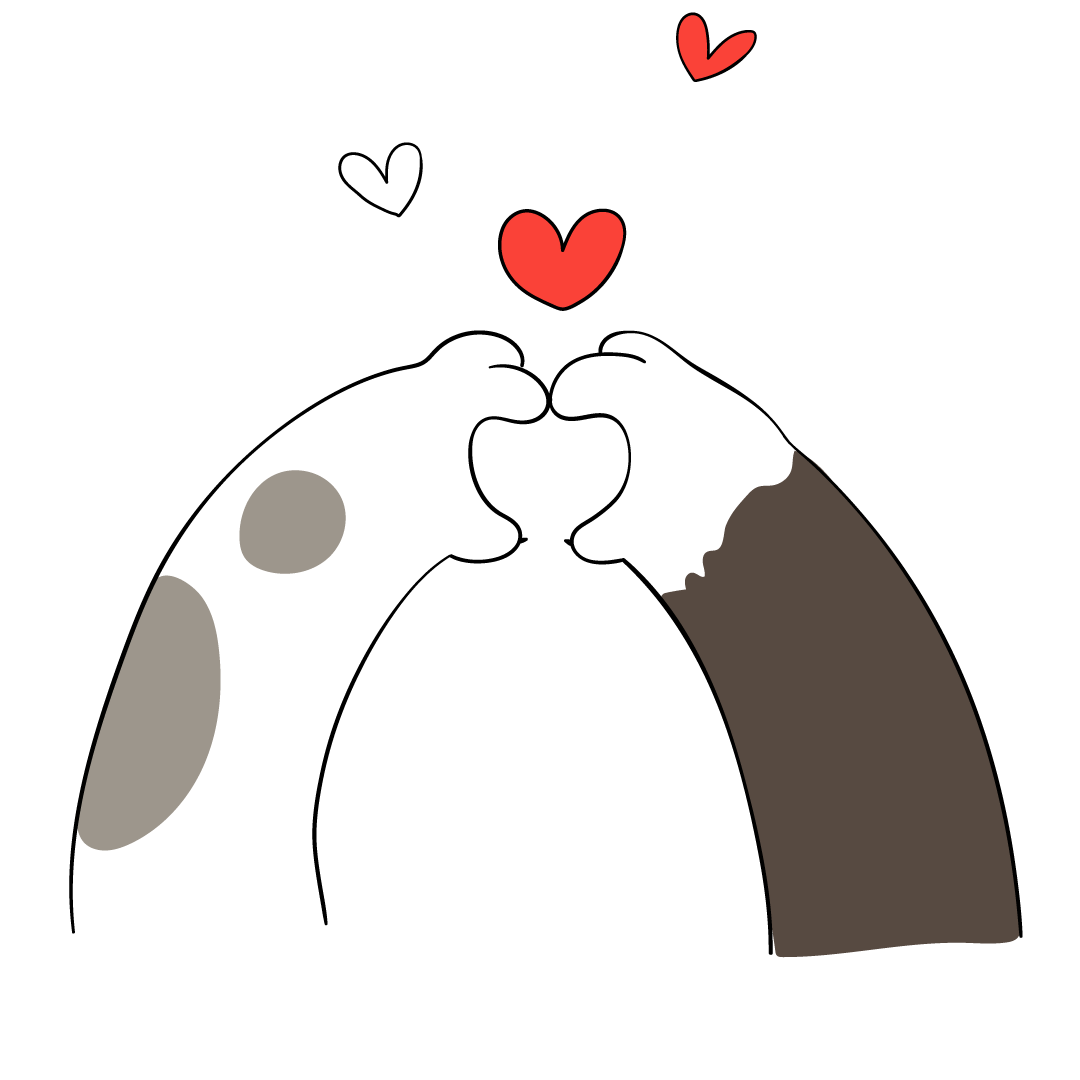